As the Braves recently cemented the four seed in the West Division, they now begin an entirely new campaign: postseason.

To wrap up the 2019 regular season, the Braves tied against Brewster, 4-4. A day before that, Bourne picked up its final loss of the regular season and fell 4-0 to Wareham at Spillane Field.

These back-to-back winless outings came after a three-game winning streak in which the Braves defeated Falmouth, Brewster and Wareham. As the postseason approaches, infielder Jared Poland expressed the need for Bourne to play like they did in that stretch.

“We had those three wins, and those were against good teams,” Poland said. “Tomorrow will be a big day.

“We just need to keep the confidence in the box and on the mound.”

In the first round of the playoffs, Bourne is set for a meeting with first-place Falmouth. The Commodores are 3-3 against the Braves this year.

At the plate, the Commodores have some of the Cape Cod Baseball League’s best hitters. Zach Deloach won the batting title, posting a .351 average. Their lineup also includes Hayden Cantrelle and Trei Cruz, among other sluggers.

Falmouth is just as dominant on the mound. Franco Aleman, a Florida International product, has been one of the best pitchers in the league, with an ERA of 1.16. He last started on Tuesday, so he could be a factor in an if-necessary game. Carmen Mlodzinski and Nick Nastrini also have ERAs under 3.00, making them viable options for games one and two.

Between their hitting and pitching, the Commodores pose a tough matchup for manager Harvey Shapiro and the Braves.

“I’m not sure how good of a matchup it is,” Shapiro said. “They have good pitching, they play good defense and they have some hitters. We just have to perform on all aspects.”

While Falmouth is undeniably one of the most complete teams in the entire Cape League, the players have faith that Bourne can pull a first-round upset.

“Our bats have been flying, pitching has been great out of the pen,” relief pitcher Tyler Brosius said. “We just have to continue it going into playoffs.”

On July 28, the Braves snapped Falmouth’s 11-game winning streak — the longest streak since over a decade. That alone gives Poland confidence that this series could work in Bourne’s favor. 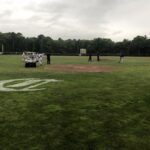 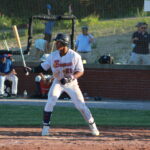 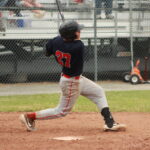