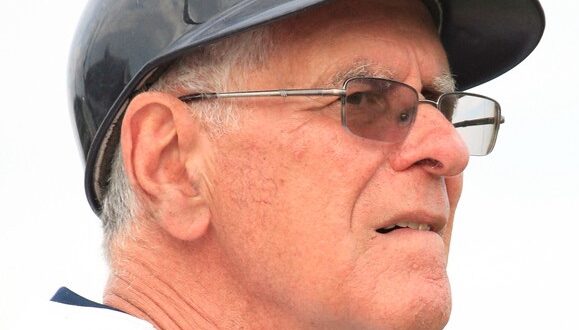 We would like to thank Harvey Shapiro for his nearly 20 years of managing the Bourne Braves.  Under Harvey’s stewardship the Braves have been consistent force in the Western Division of the Cape League.

The Braves won the regular season Western Division title seven times including in 2021.  They were awarded the President’s Cup for their achievement of earning the most regular season wins in the Cape Cod Baseball League in 2014 and 2021. Harvey managed the Braves to the Cape Cod League playoff finals in 2003, 2005, 2009, 2017 and 2021. During the 2005, 2010 and 2013 seasons, the Bourne Braves were presented with the Commissioner’s Cup, which recognizes the franchise’s extraordinary accomplishments.

Harvey has managed the West squad in seven Cape League All-Star games, two of which were at Fenway Park. He has had the privilege of coaching over 90 major leaguers (15 first round draft picks). A few of these big leaguers include Nick Ahmed, Pete Alonso, Chad Green, Colin Moran, Mitch Moreland, Travis Shaw, Nick Solak, Darin Erstad, Adam Kennedy, Eric Milton and Jeff Weaver.

Harvey is the all-time wins leader in Bourne and has the third most wins in the Cape League.  He will be inducted into the Cape League Hall of Fame this November.

Harvey’s family including his wife Lynne, son Scott and daughter Nancy have been mainstays at both Cody Field and Doran Park over the past 20 years. In recent years, the greatest joy has been to see Harvey with his grandsons William and Theo before and after Braves games.

Best of luck in your future endeavors Harvey!